Visit one of the most important buildings of the Renaissance with this Medici Riccardi Palace Guided Tour. You'll explore its main rooms to see how the most powerful family in Florence lived. 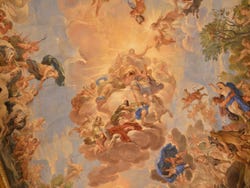 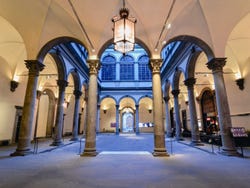 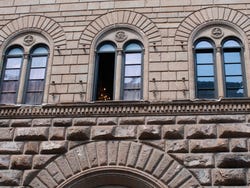 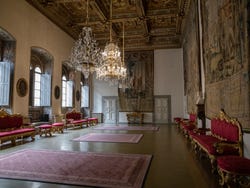 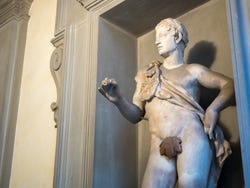 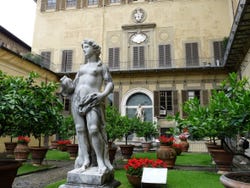 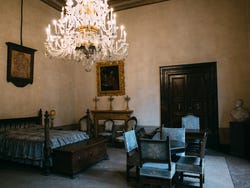 At 11 am we'll meet outside the Medici Riccardi Palace. Are you ready to enter the home of the most powerful family of the Italian Renaissance? Let's go!

We'll enter the building and begin to tell you about its origins. Constructed by order of Cosimo de' Medici in the 15th century, the palace was the official residence of this family for over a hundred years, becoming a symbol of their power. In the 17th century, it passed into the hands of another noble saga, the Riccardi family, who added some baroque alterations to the monument.

During the visit, we'll look at the architectural details of the building and recall some scenes from the fictional series Medici: Lords of Florence. Peter the Gotoso, Lorenzo the Magnificent and other members of this family will be present throughout the tour.

We'll visit the Chapel of the Magi, decorated with frescoes by Benozzo Bozzoli, see the residential rooms, walk through the tapestry room, admire the paintings by Luca Giordano... You'll fall in love with this location!

In addition, inside the palace, we'll visit a garden where the famous Michelangelo was initiated in the art of sculpture under the orders of one of Donatello's disciples, Bertoldo, a really important place for the History of Art!

The guided tour will end outside the Medici Riccardi Palace at 1 pm.

It is compulsory to display a Covid vaccination certificate or a negative PCR or antigen test performed up to 48 hours before the activity. Vaccines and tests must be authorised and recognised in the country of the activity. Show more

Tours or activities will not consist of more than 12 people per group.

The use of masks is obligatory. The client must bring their own mask.

All those running the service (guide, driver etc...) will wear a mask throughout its duration.

The activity takes place with a guide that speaks in English, although it may occasionally be done in two languages.

You can book up until 8 hours before the activity as long as there are still places. Book now to guarantee your spot.

Wheelchair accessible. Accessible toilets. Free wheelchair loan service available. An accompanying person is required. This must be indicated in the reservation.

All services published on Civitatis are carried out in accordance with our Sustainability Code. Specifically, this activity applies the following practices: Show more

No single-use plastics are used.

The activity helps the dissemination of local cultural heritage.

US$ 48.60
No hidden fees or surcharges
Free cancellation up to 24 hours before the service starts
Book

Free! Free cancellation up to 24 hours before the activity starts. If you cancel under this time or do not show up, you will not be refunded.

9.50 / 10 480 reviews
The historic centre of Florence, capital of Tuscany, is an open-air museum dedicated to the Renaissance. Discover its past with this free tour!
Free!
Book
like

7.10 / 10 218 reviews
Fall in love with one of the jewels of the Italian Renaissance with this fantastic guided tour of Florence Cathedral.
US$ 33.50
Book
like

9.10 / 10 53 reviews
Take a guided tour of Florence’s historic center followed by the visit to two of the city’s most famous museums: Accademia Gallery and Uffizi Gallery.
US$ 125 US$ 115.70
Book