The Piazza della Signoria (Signoria Square) is Florence’s main square. It is located between the Piazza del Duomo and the Arno River.

During the Roman Empire, the square had thermal baths, but these were abandoned at the beginning of the Middle Ages and the square was gradually taken over by artisans.

The Piazza della Signoria in its current form dates back to the thirteenth century. It was paved at the end of the fourteenth century and it has always been treated as the civic and political hub of Florence.

Other singular buildings located in the Piazza della Signoria are Palazzo Uguccioni and the Tribunale della Mercanzia (Tribunal of Merchandise), where you can see the shields of the 21 guilds, who held power in Florence during the Middle Ages.

The Piazza della Signoria is not only the most exquisite square, but it is also the liveliest place in Florence. All year round, and especially on the hottest nights, locals and tourists come together to listen to the street artists, who use this area as their own personal stage. 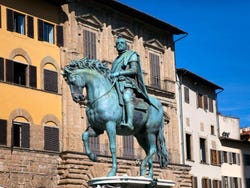 Between the Piazza del Duomo and the Arno River. 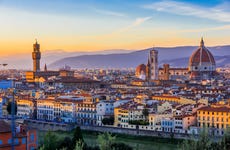 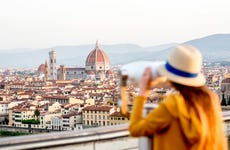 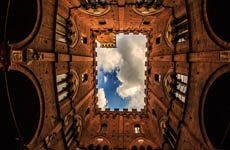