The Museo dell’Opera del Duomo features most of the original sculptures and objects of art created for the Cathedral, the Baptistery and Giotto’s Campanile. These were placed in the Cathedral Museum to conserve them and were replaced by copies. The museum also contains some of the original construction tools and various mockups of the Cathedral’s façade and the dome.

The museum is located in an old palazzo behind the Cathedral’s dome. Several artists such as Donatello and Brunelleschi worked in this palace while the remaining buildings in the Piazza del Duomo were being built. The Museo dell’Opera del Duomo was also where Michelangelo created his most famous sculpture, David.

This museum is considered to house one of the most important sculpture collections in the world, nevertheless the most essential works of art to see are the following:

Is the visit fulfilling?

Despite it being described as the museum that houses the original sculptures and sketches of the buildings in Piazza del Duomo, and so might not seem very worthwhile visiting, this museum is definitely worthwhile, especially if you have already visited the most-renowned museums in Florence and want to keep enjoying the history and culture of Florence.

One of its disadvantages is that it is one of the most expensive visits in Florence and it doesn’t offer any type of discount. On a positive note, it is not as well-known as many other museums in Florence, therefore; there will be fewer queues and fewer people in the museum. 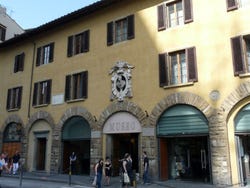 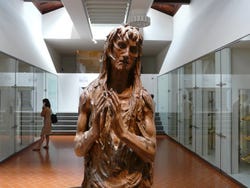 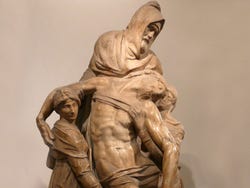